On Tuesday 11 February Crescent School held its first ever Maths Dash.  The competition was devised by Ms Forth and inspired by and built on the school’s success in last year’s Warwick University Primary Maths Challenge.

The competition took place in the school hall and 24 children from Year 2 through to Year 5 completed a series of challenges, which tested their teamwork and communication skills in addition to their mathematical knowledge.

Overseen by the Year 6 House Captains and working in groups of four, they took it in turns, as pairs, to problem solve and answer before dashing to their Captain to check their answers and for the next question.

The children all worked exceptionally well, sharing ideas, demonstrating their impressive mathematical abilities and supporting each other.

Pupils really enjoyed the Maths Dash commenting, they were "up for a challenge", "loved it" and that "we should do it every year"!

Well done to everyone who took part and a special congratulations to Blue House who finished in first place and were awarded a Diamond trophy in Assembly.

At the end of the competition the final scores were:

A special commendation to the Alex and Shiv, the Year 2 Blue team, who contributed the most points to their team overall. 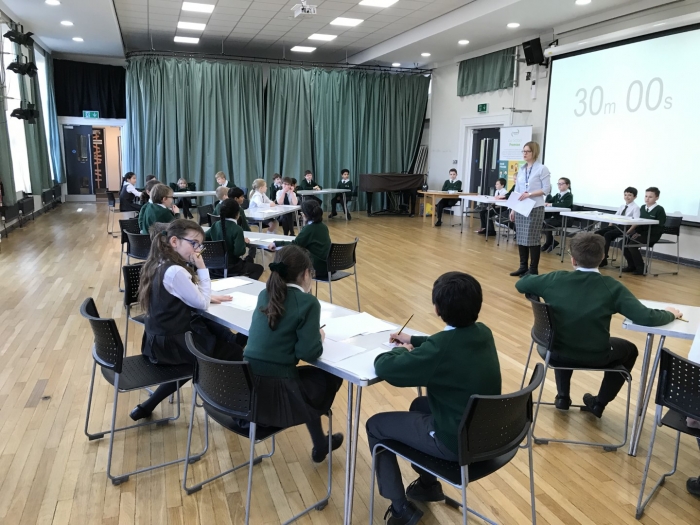 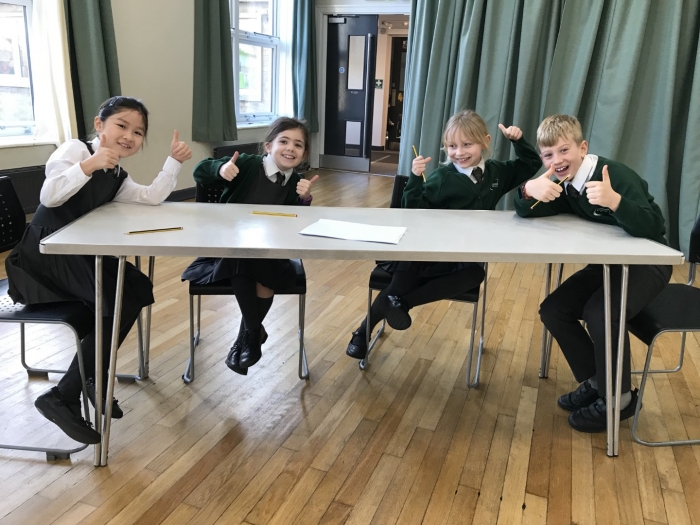 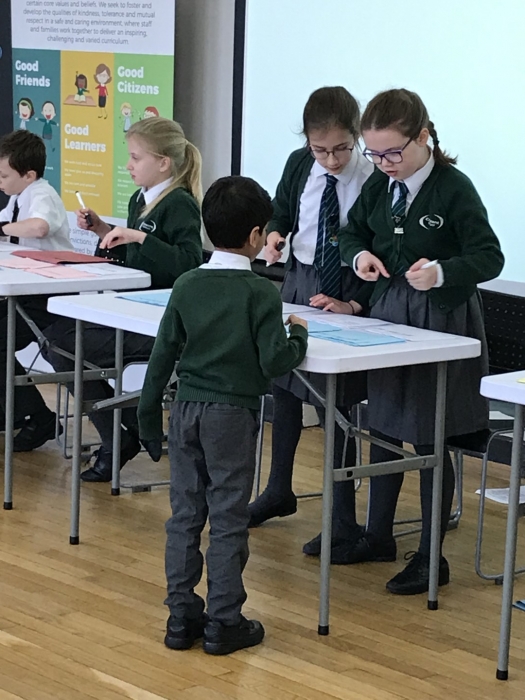 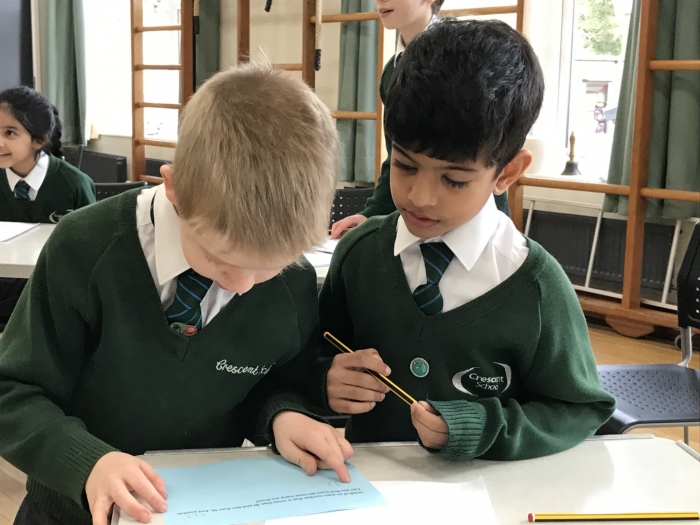 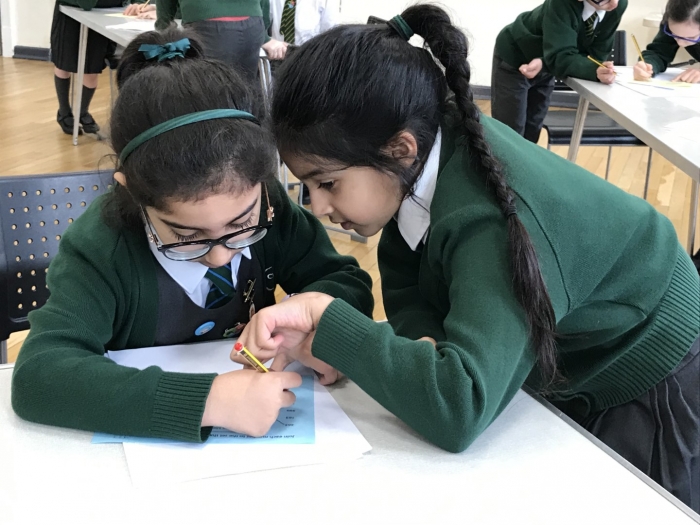 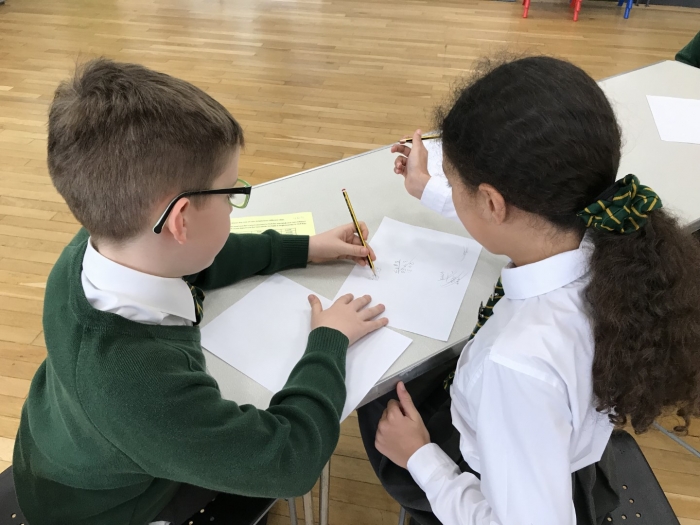 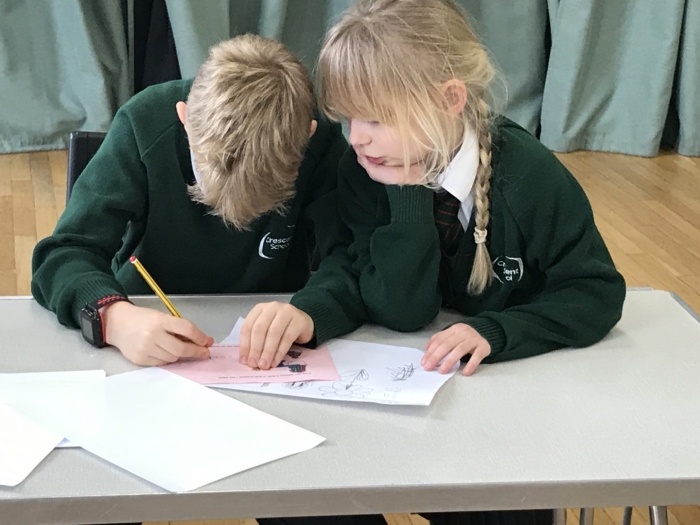 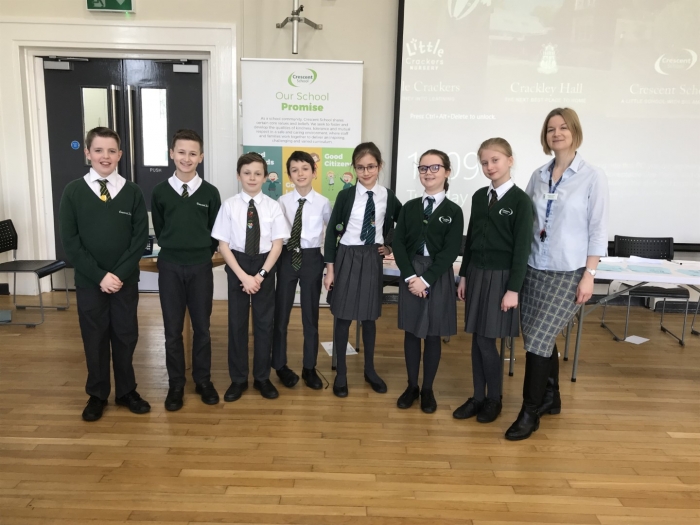 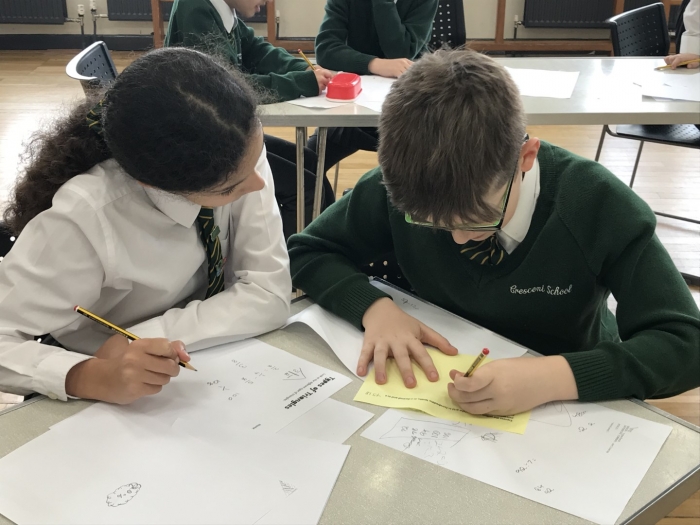 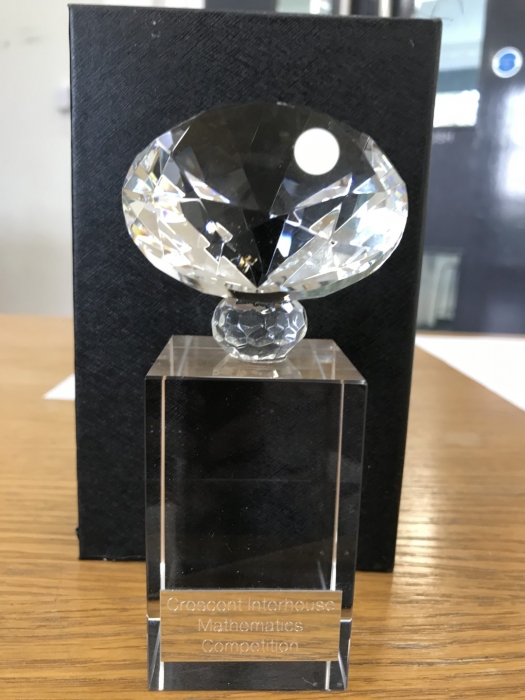 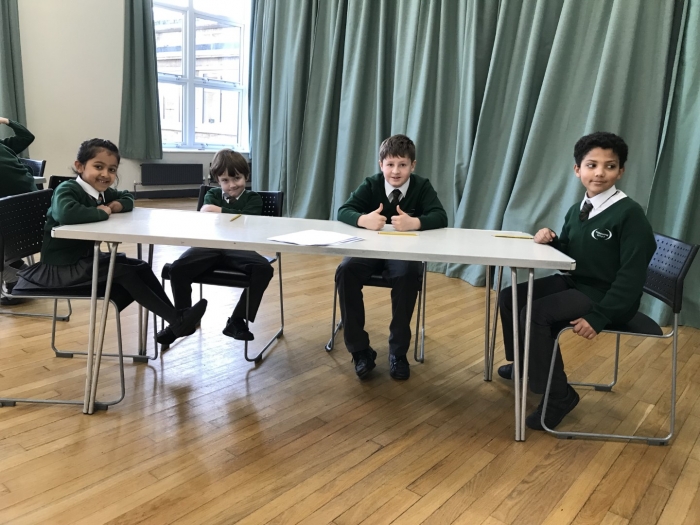 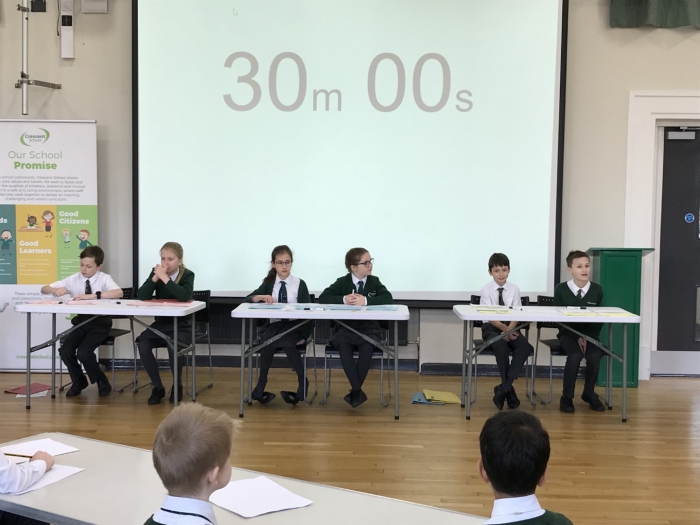 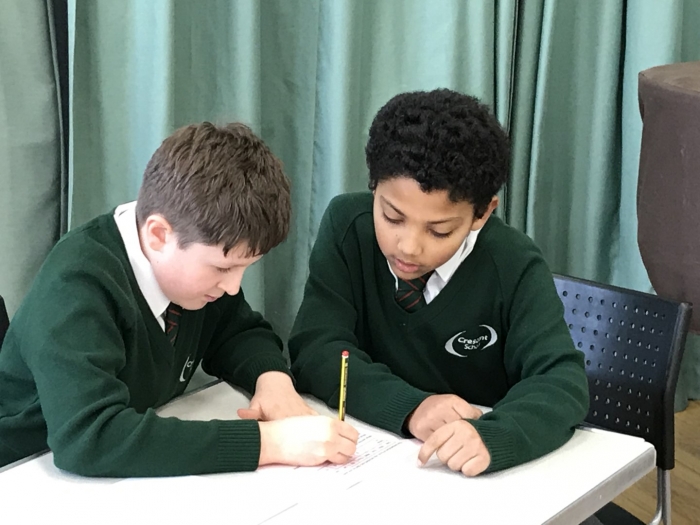 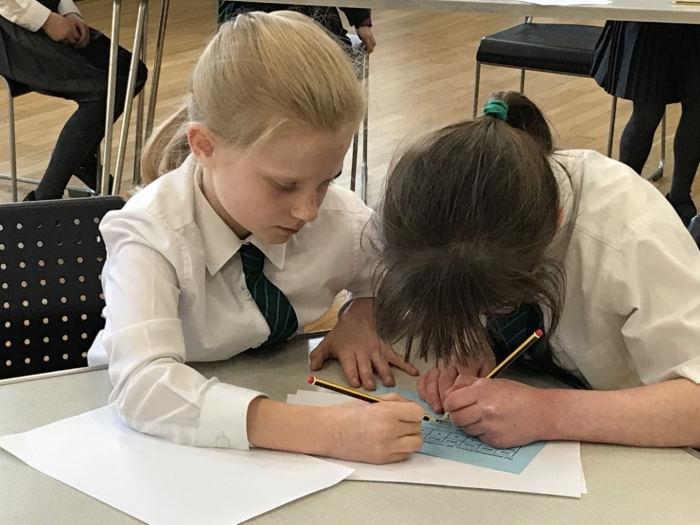 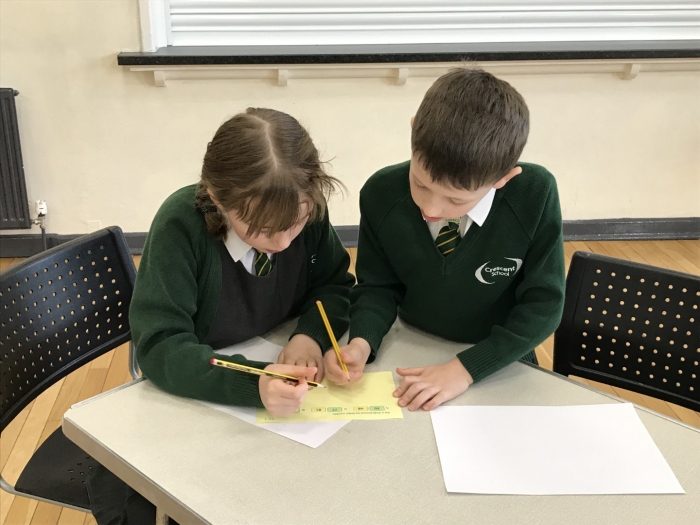 This week Mr Webb and I ran an assembly for Years 2-6 on the theme of how to help the children to get their thinking to grow. Bloom's Taxonomy has been embraced across the school to expand and deepen the children's learning as many of you will have experienced during the recent Maths for Parents sessions.

Bloom’s breaks the progression of concept development into six levels of objectives:

The lower levels are needed before students can reach the higher-level concepts, but it should be noted that things in learning or in life are rarely that clearly divided! Please see attached diagram.

We are aiming to develop children who have the confidence to think independently and creatively in different contexts throughout their lives and wherever their next steps. 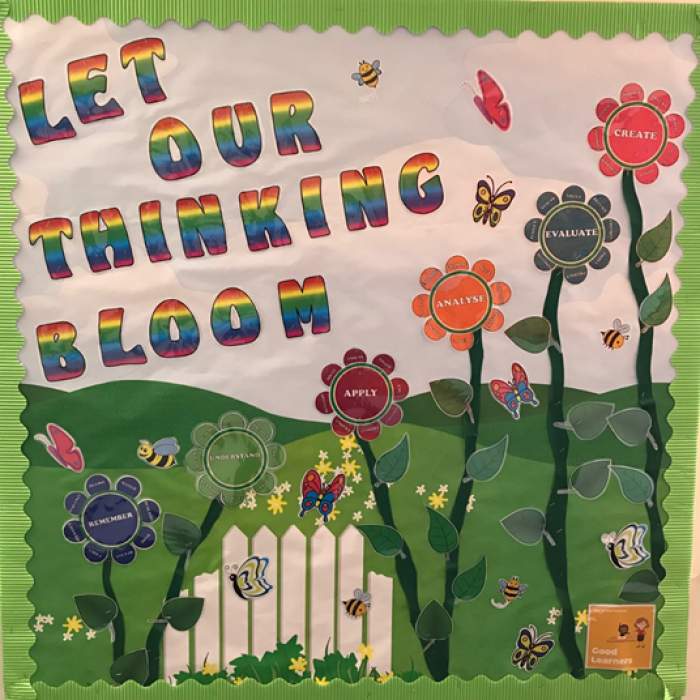 Congratulations go to the following children, who have been chosen this week by their classmates to be on the School Council.  They received their badges in assembly today:

A certificate was given to each member of the outgoing council to thank them for their hard work.

Well done to all. 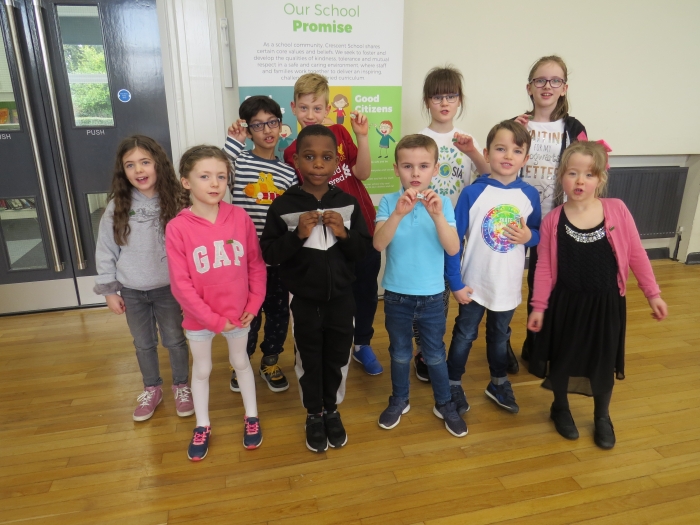 In response to high demand for Reception school places in the local area, the Crescent School on Bawnmore Road, Bilton is adding a second Reception class for September 2020.

Applications for places in Reception in 2020 started early and the school was quickly oversubscribed. The school normally limits places in the Reception class to just 20 children each year but with applications already well over that number, and with two Year 6 classes leaving this July, the school has the capacity to offer a second Reception class. Parents who are considering the school are encouraged to register their interest as soon as possible to ensure they secure a place in next year’s cohort.

Comments, Headmaster, Joe Thackway, “We are seeing an enormous amount of new house building in Bilton and the surrounding area and hope that this extra provision will be well received.

“Having two classes of up to 20 pupils each will enable more pupils to benefit from our experienced Early Years team and specialist child-centred tailored approach."

Prospective parents who would be interested in a Reception place for their child in September 2020 are urged to contact Mrs Helen Morley, the Registrar, on 01788 523851 or email admissions@crescentschool.co.uk to register their interest and are invited to attend the school’s Open Morning on Saturday 21 March from 9.30am to 12.00 noon.

Part of the Princethorpe Foundation, the Crescent is a co-educational independent day school for around 160 children aged 4 to 11 years. Traditionally one form entry, class sizes range from up to 20 pupils for Reception to Year 2 to up to 24 for Years 3 to 6. 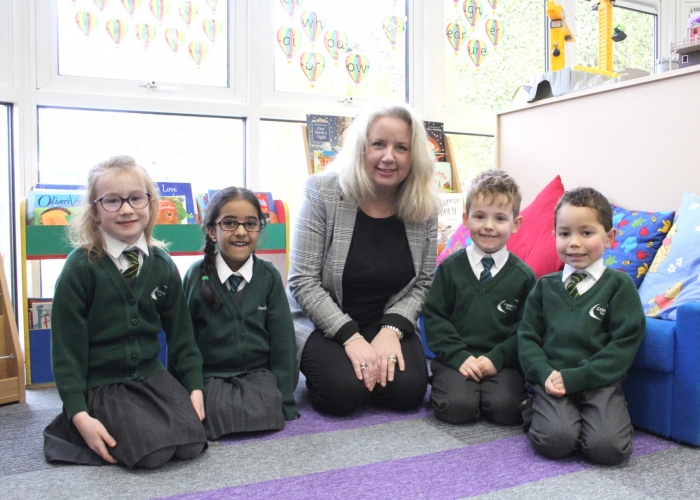 Open Morning is fast approaching and will take place on Saturday 21 March between 9.30am and 12.00pm. All children are required to attend school that morning.  Please put this date in your diaries.
This is a great time for you to look at the work, see your child participate in activities and look around our school.  There will also be a performance from the children in Pre-Prep.
Further details and information will be sent out nearer the time.
Mrs Webb
Assistant Head 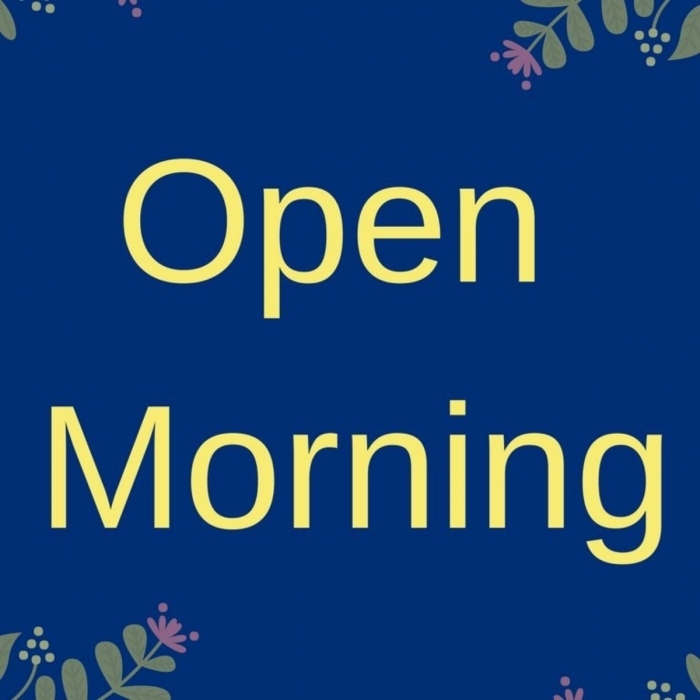