Please find below the links to all the 'virtual' assemblies that have been sent to Pupils during Home Learning.

Over the course of this term, all parents in school will receive reports on their children’s progress. The first batch of these are for Year 6, which are due to go out at the end of next week. Year 5 will follow soon after half term and then all of the other forms will receive theirs at the end of the school year.

I wrote to you in the autumn term explaining how you can access school reports on My School Portal, with the intention of eventually moving away from hard copies by autumn 2020. There are lots of good reasons for this move, not least that we are able to reduce the use of paper and printing. In addition, they improve the ease of access for parents and electronic storage means you always know where to look if you need to find them.

In the midst of the current restrictions on movement, we have decided that we will bring our timelines forward by one term and that all of this year’s reports will be sent only to My School Portal and we will not be printing out hard copies to send by post.

If for any reason this presents a problem for you in accessing the reports, please do let us know at admin@crescentschool.co.uk and on our return to school we can provide a hard copy, should you need one.

Account settings in the Seesaw Family App
These can be set to reduce the number of notifications.
Click on settings (cog shape) go to account settings and scroll down to the two relevant section.
1. Class notifications - these can all be switched off as a preference.
2. Parent notifications - you can switch all communication off or reduce notifications.
You will of course see all updates when you choose to log in to the website or APP.
When a child is recording their voice on work:
If it is a blank page and just recording speech - use the mic. If it is just the voice and no work to see on the screen at the same time, please use caption instead. This is the quote mark button at the bottom left hand side of the response page.
Using the caption button stops the page being blocked with a big 'play' icon, that may have to be deleted before the screen can be seen or annotated by a teacher.
Returning twice.
If your child has returned their work, there is no need to send a further note to say it is done/completed etc. The staff system makes us aware and it doubles the number of posts on an already busy class journal.
Understandably, if you are doing this to reduce or clear the number of notifications, they will disappear when staff have approved them or refresh your page or see point 1 re: account settings.
Ms Forth
Deputy Head 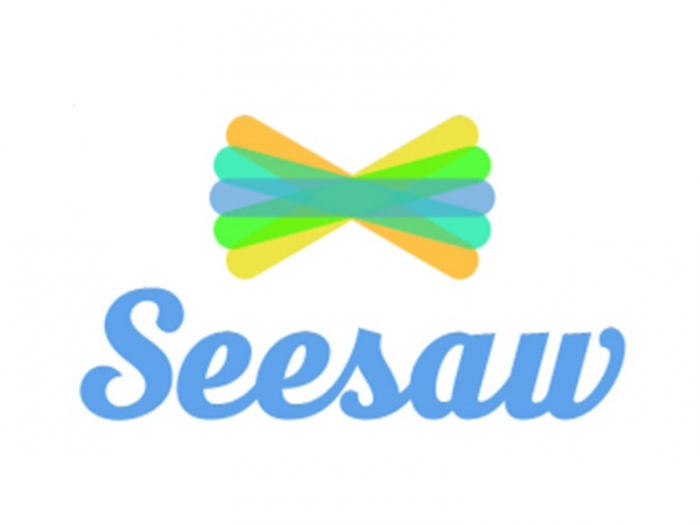 They say that the brain is like one of the muscles in the body - the more you use it, the more developed it will become. Here are five quick and easy activities that will help you to develop your memory skills.

1. The Suitcase Game
This is a round-the-table memory game. In a group, go around in turn and say what you are putting in the suitcase. Each person has to say all the other items as well as their own new one. If you get it wrong, you’re out! To keep things fresh, decide on a theme of the objects – it doesn’t always have to be travel-based.
2. The Tray Game
Place 12 items on a tray and ask pupils to look at it for 20 seconds. Cover the tray with a cloth or other barrier and give pupils 30 seconds to write down everything they can remember. For a variation of this game, elect a pupil, or group of pupils, to look away (or leave the room). Remove one or several items from the tray and have them guess what has changed.
3. Brain Yoga
Take your left hand, make a fist, and extend your thumb; holding this, do the same with your right, only extend your little pinky. Now change them so it’s left pinky and right thumb. The co-ordination involved will strengthen neural connections, which will help develop the memory!
4. The Concentration Game
Get a deck of cards and lay out all 52 cards in four rows of 13 (you can include the jokers in six rows of nine cards each, if you prefer). Players take turns choosing two cards, placing them face up. If they are of the same suit and colour (for example, six of diamonds and six of hearts) that player wins the pair and plays again. If the cards are not of the same suit and colour, the player has to return the cards to the board face down and play passes to the player on the left. The game ends when a player picks the last pair. The winner is the person with the most pairs. Players may end up in a tie for first place, depending on the size of the group.
5. Matching Pairs
This is another game that can be played with a deck of cards. Cards are laid face down on a surface and two cards are flipped face up for each turn. The object of the game is to turn over pairs of matching cards (you can choose how a ‘match’ is made, whether it be cards of the same suit, or the same number – maybe even incorporate two decks and play for exact matches). If a player succeeds in matching a pair, they have another turn and continue until they fail to match two cards. Flip the cards back over after a turn has ended. The object of the game is to find the most matches in a row – with the ultimate being matching the whole deck – so players must watch carefully as others take a turn. 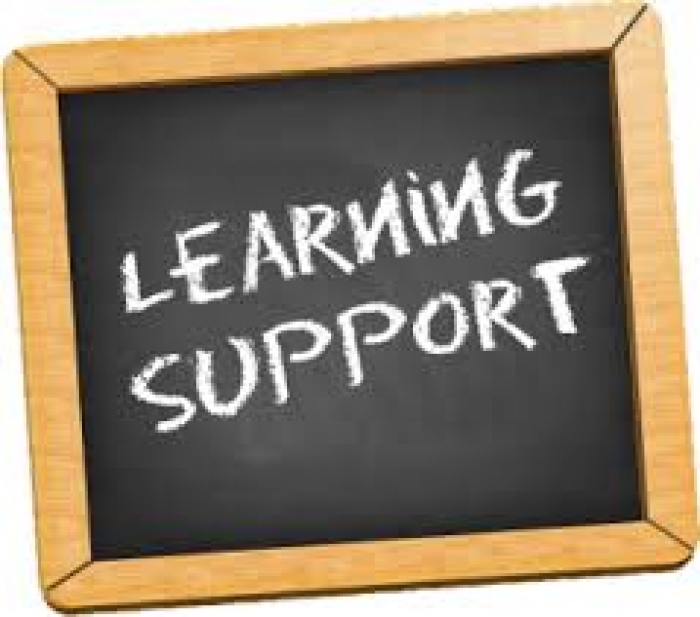 We thought you would like some book recommendations from the teachers, this week Mrs Barnes is sharing hers, some of you may have read these books or they may be ones you could try.

My favourite children's book varied with age. When I was little I enjoyed all the Enid Blyton books, especially The Faraway Tree - I loved the idea of being able to visit new lands, and also the slide to get down the tree. I also loved A.A Milne's poetry books When We Were Very Young and Now We Are Six - I could recite 'The King's Breakfast' from memory!

When I was nine or ten I got into the Narnia books and they remain favourites to this day. I loved the fantasy element, the chivalry, the talking animals and, like The Faraway Tree, the idea of travelling to different worlds. The allegorical element of the books was also intriguing. 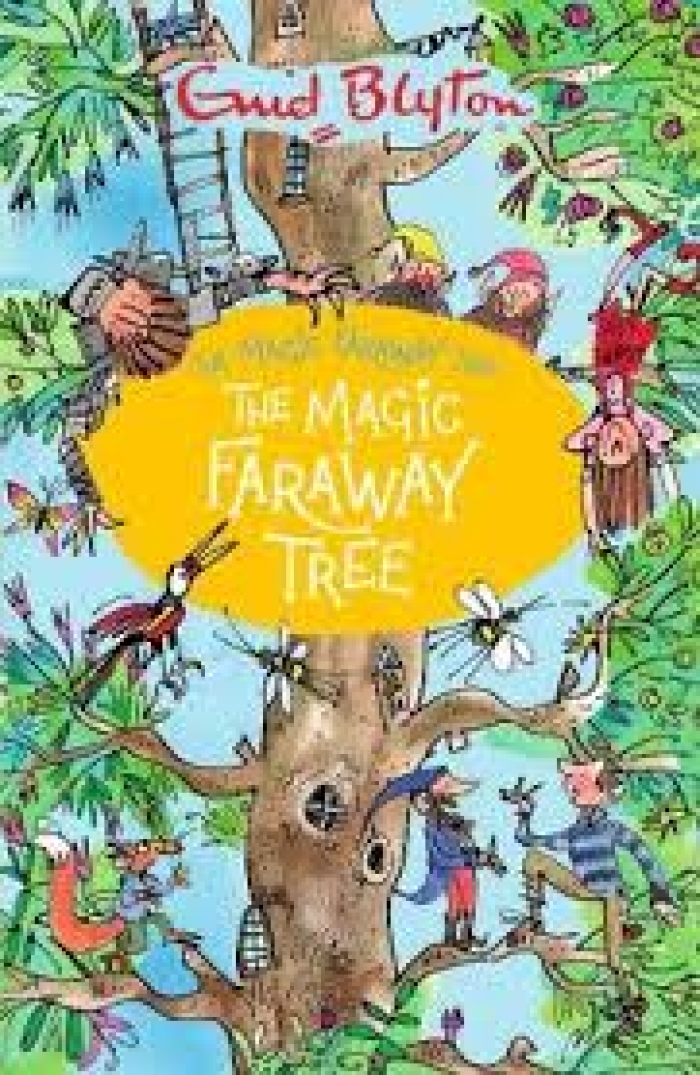 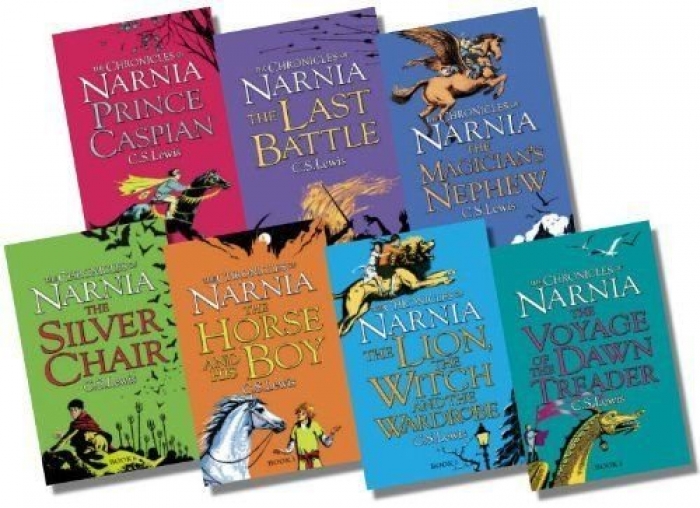 All 83 Crescent pupils who took the London Academy of Music & Dramatic Art (LAMDA) examinations back in January have passed with the overwhelming majority, 80 pupils, achieving a distinction.

Children from Year 3-6 study for the examinations in their Drama lessons as part of the school’s curriculum. Years 3-4 take the Introductory level, Stages 1 and 2 respectively, while Years 5-6 study the Communications - Speaking Verse and Prose, Entry and Grade 1 examinations.

The children prepare poems to perform. They are judged on interpretation, technique and knowledge. They have to consider their diction, expression and movement and be able to discuss their choices of poems with their examiner.

Drama teacher Kim Thompson explains, “What’s brilliant about the LAMDA exams is that they equip the children with communication skills which will serve them throughout life. They not only promote an appreciation of literature and poetry, but also help unlock their imagination and creative-thinking. This is a superb set of results, some of the best the school has ever seen, I am delighted.”

Congratulations to all of the children,  Crescent School is very proud of you. These results are a reflection of your hard work both in and out of school – clearly all your rehearsing paid off.

Crescent School continues to support Key Workers by caring for their children while they undertake their crucial role in Britain's fight against COVID-19.

Our Key Worker children have been very busy in school, taking part in a variety of activities both inside and outside. Of course, the children get to follow their lessons too, joining many of their friends in completing the tasks and challenges set by their teachers.

We thought we would share some photos of what has been happening here this week.

Stay strong everybody, Crescent is missing you all very much. 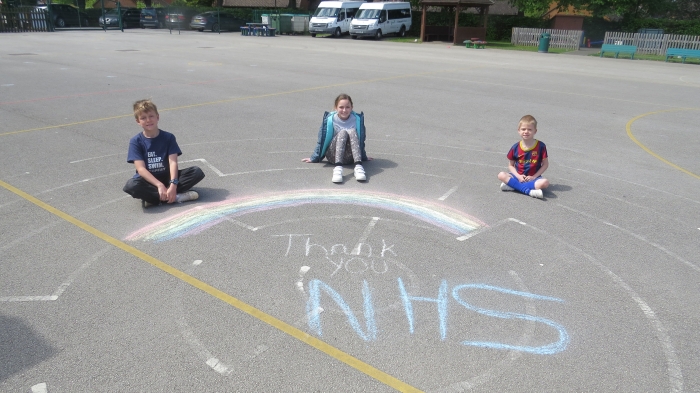 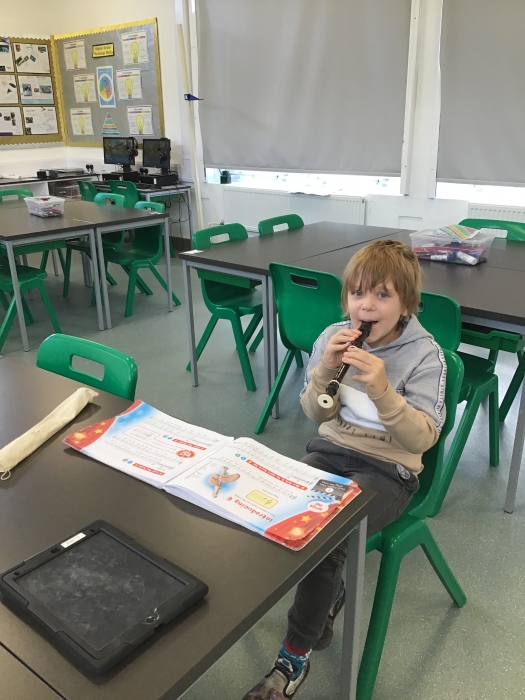 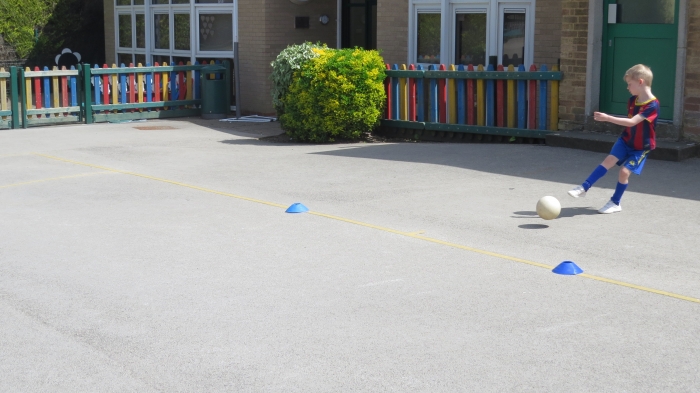 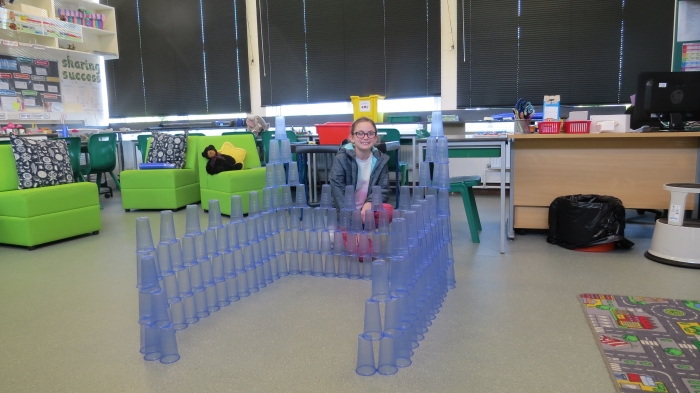 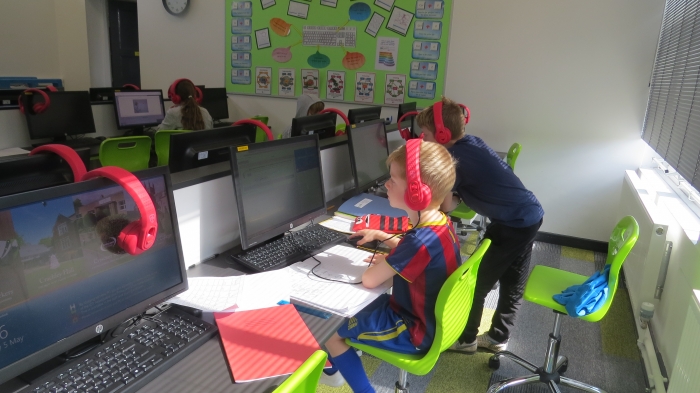 An Opportunity To Listen To Harry Potter And The Philosopher's Stone

Well known faces from the Wizarding World and beyond have lent their voices and passion for the stories they love by filming themselves reading from Harry Potter and the Philosopher’s Stone for families to enjoy while they are confined at home.

Daniel Radcliffe, Stephen Fry, David Beckham, Dakota Fanning, Claudia Kim, Noma Dumezweni, and Eddie Redmayne are amongst the cast of narrators, with more surprises and special appearances to come. Each will be reading different sections of the book, with its themes of family, friendship, courage and overcoming adversity, to families around the world.

First-up is Daniel Radcliffe, a face instantly synonymous with Harry Potter, reading Chapter One, ‘The Boy Who Lived’.

Starting 5 May, all seventeen chapters of the book will be released between now and the middle of summer.  Videos will be posted weekly on Harry Potter At Home designed to help bring the magic of Harry Potter to children, parents and carers in lockdown.

An audio-only version will be streamed for free on Spotify and Spotify Kids for children. 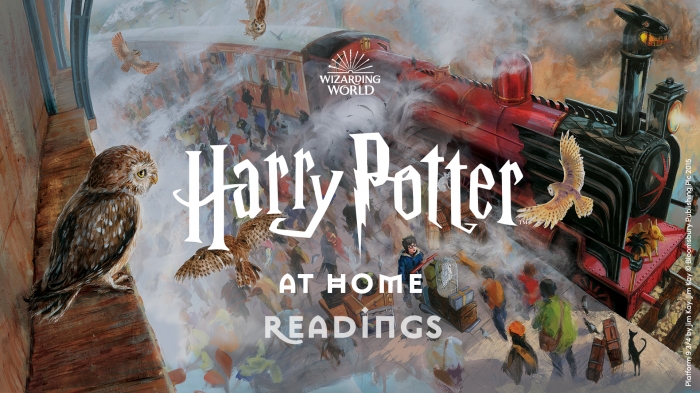 For a bit of light relief take a look at some of the challenges on the Philosophy Man page.  Please let me know what you have enjoyed through Philosophy.

We receive First News in school every week for the children to peruse. Due to this being unable to be delivered they are sharing the newspaper as a PDF. Attached here.

Please enjoy this paper with your children, there are some great stories. 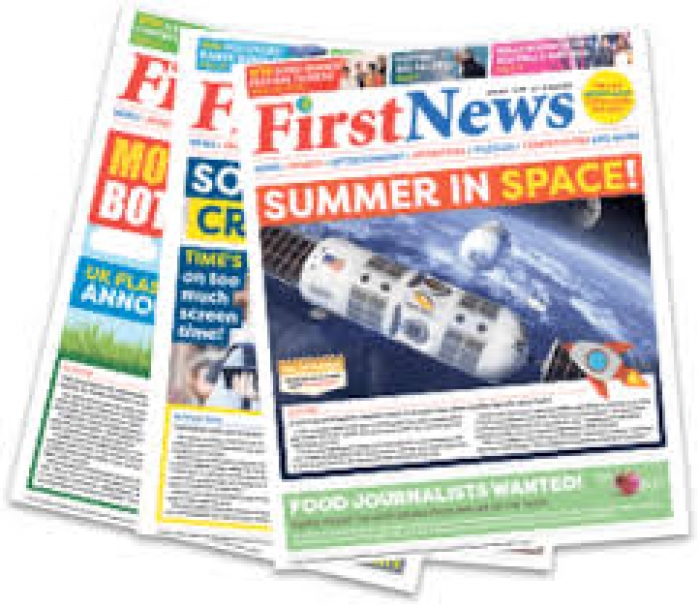