Year 5, Saira has made her acting debut in the much-anticipated blockbuster sequel, Heropanti 2, which is being screened in cinemas globally. It stars some of the biggest names in Bollywood. The film is rated 15 so Saira has only seen the scenes of the film she is in, but her Mum has watched the film and says it is amazing.

What a fantastic opportunity for Saira!

We know Roisin loves her sport as she is always so enthusiastic in her Games lessons especially when it's Girls Football. So we were delighted to hear that Roisin and her team mates won the U9 Cup Final on Sunday 8 May and that Roisin was awarded referee's Player of the Match. She brought her trophy and medal into school to share with her classmates.

Well done Roisin, it is good to see you enjoying your sport. 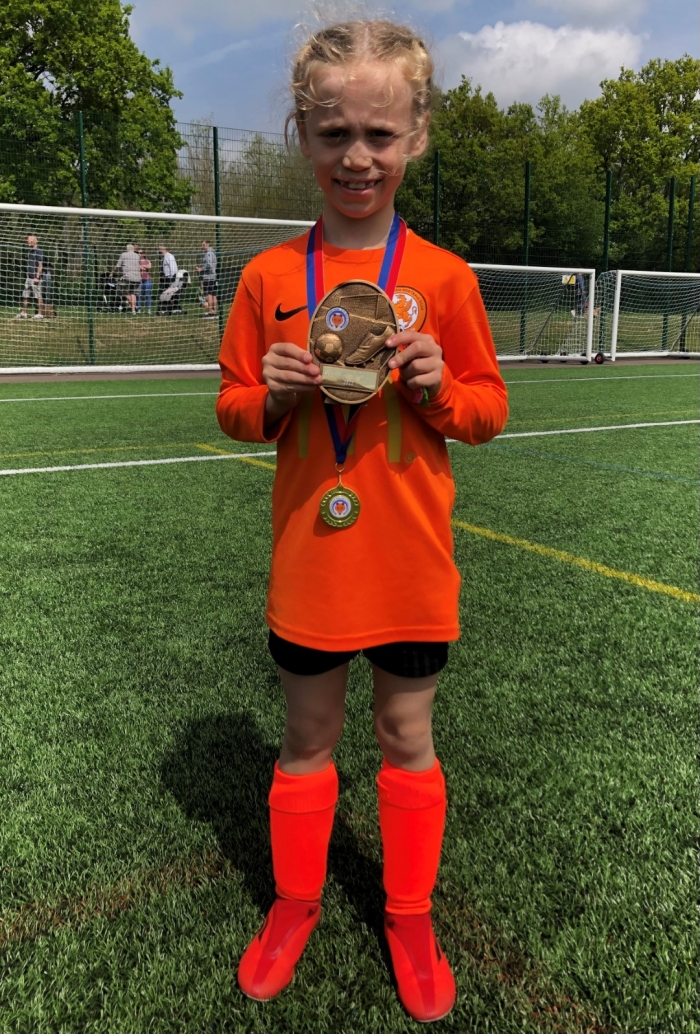 Ed And Aria Busy Outside School

Ed worked really hard last Saturday to help clear and prepare the allotment with his Dad before planting vegetable seeds in his own planting bed.

Aria helped her Daddy bake a fabulous Thomas cake for her brothers’ 4th birthday and also independently made them some Rice Krispies cupcakes. Aria will have put these skills to use in the DT lesson today making pizza bases!