Crescent School’s Year 4 took part in a half-day music technology workshop at Princethorpe College on Thursday 12 May. Hosted by Director of Music, Gil Cowlishaw, the session took place in the College’s dedicated Music Technology suite. The children were introduced to computer music production concepts such as sequencing and arrangement and then encouraged to experiment. Using the technology software Soundtrap, the children enjoyed creating music in a completely new way. Starting with drum machine patterns and loops and adding texture through the addition of bass, keyboard and even vocal lines the children each created their own unique piece.

After a short break and an obligatory Princethorpe cookie, the children moved on to explore the concept of harmony. This time using online song writing software Hookpad, the children built a pattern of major and minor chords and overlaid their own melodies. Finally, the children listened to their music in a variety of music styles including rock, pop, jazz and even reggae.

The Year 4s clearly enjoyed the workshop and exploring music in a new way and everyone was able to save their creations to their OneDrive accounts to take home to share with their families.

Mr Cowlishaw, commented, “We had lots of fun in our music technology taster, the children were all fantastic to work with and created some amazing pieces.” 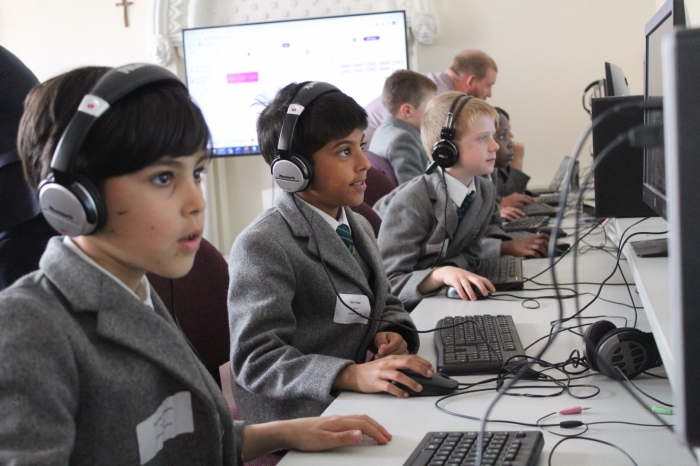 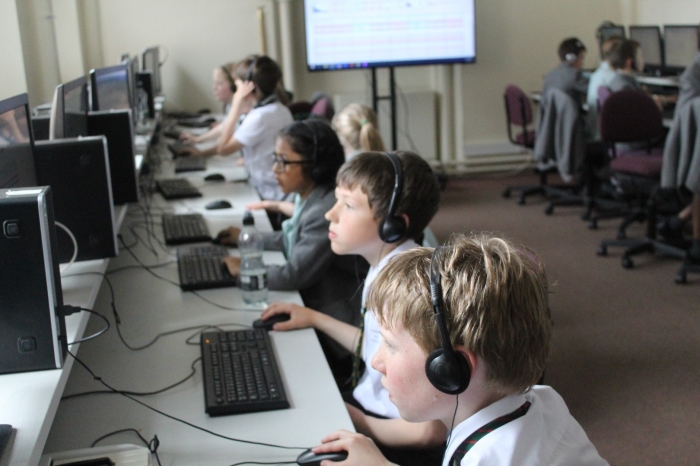 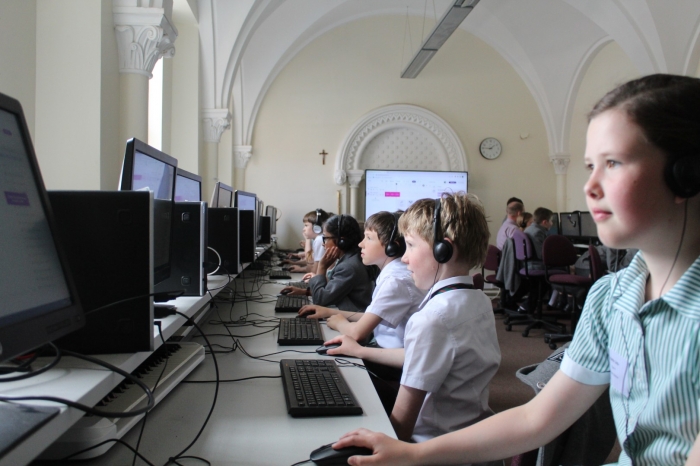 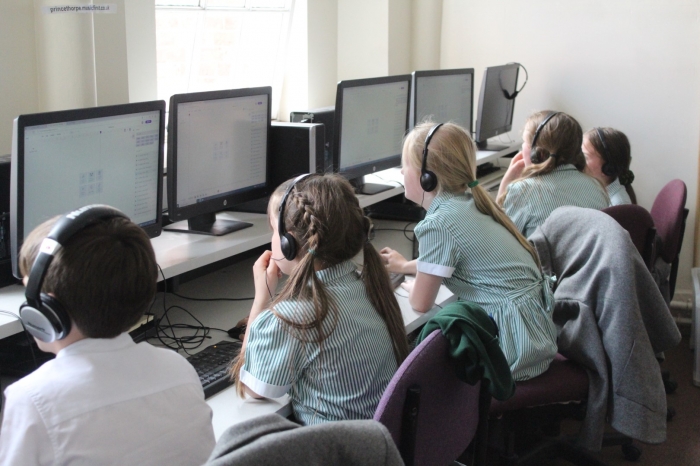 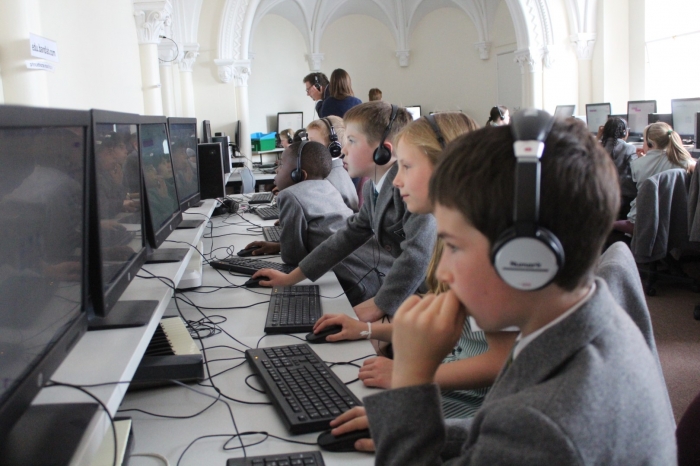 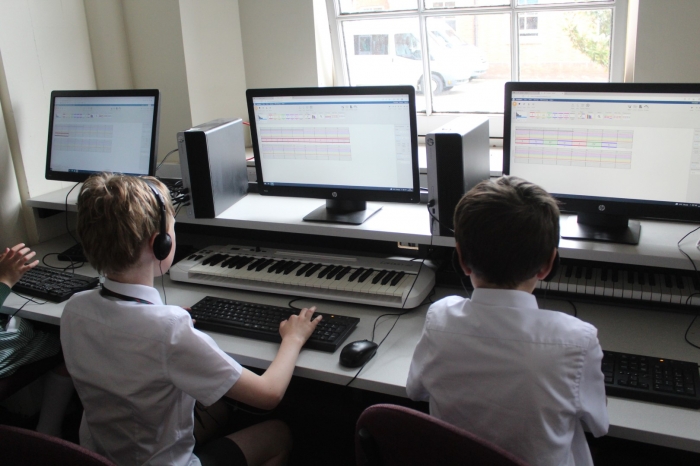 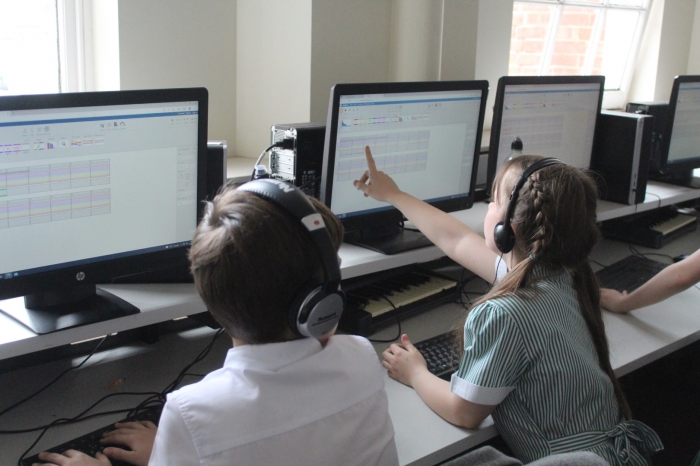 Crescent School’s annual Inter-House Geography quiz took place this week, on Tuesday 10 May, and as always it was a hotly contested affair. Pupils in Year 6 have been working hard all year learning the mountains, seas, rivers, countries and capitals of the world. In their lessons they have participated in regular quizzes with the highest scorers earning themselves the right to represent their House in the final. The quiz took place in the school hall with the added pressure of an audience of pupils from the upper school.

It was a closely fought competition with the three Houses neck and neck throughout and hardly a mark dropped between them. Not many Year 6 children across the country can locate St George’s Channel or the River Danube and Elbe on a map, or name the capital of Ecuador, but Crescent’s did with some ease. Their geography knowledge was just incredible.

In the end it was St Andrew’s House that were delighted to be crowned champions, a victory that was all the sweeter as it was the first time the blues have lifted the trophy.

Many congratulations to all who took part; competitors, scorers, and adjudicators, it was a super event, and the best of luck to Year 5 when your turn comes around next year! 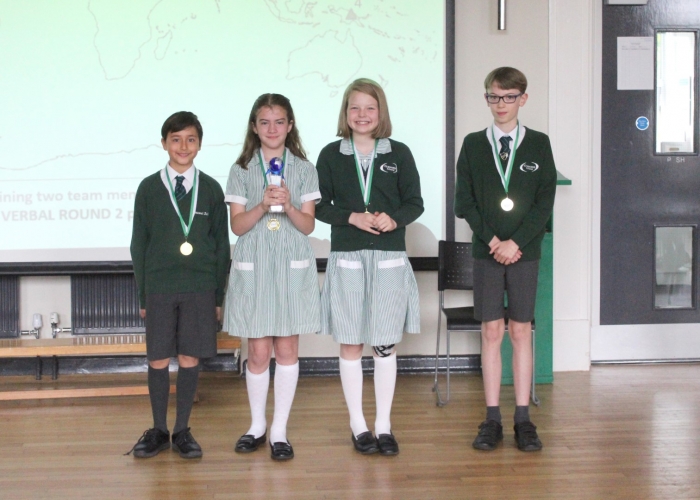 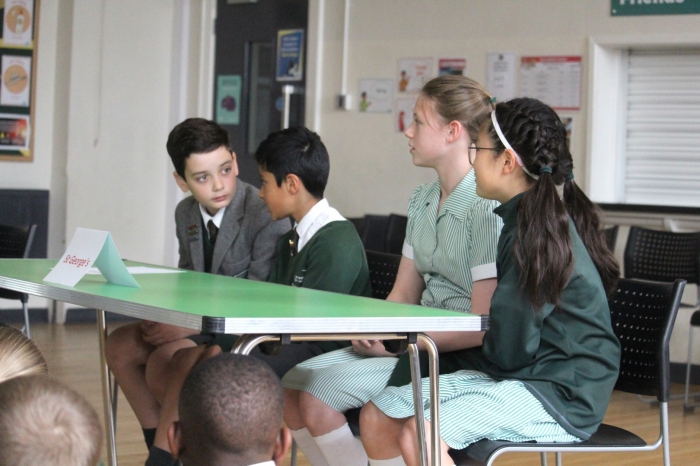 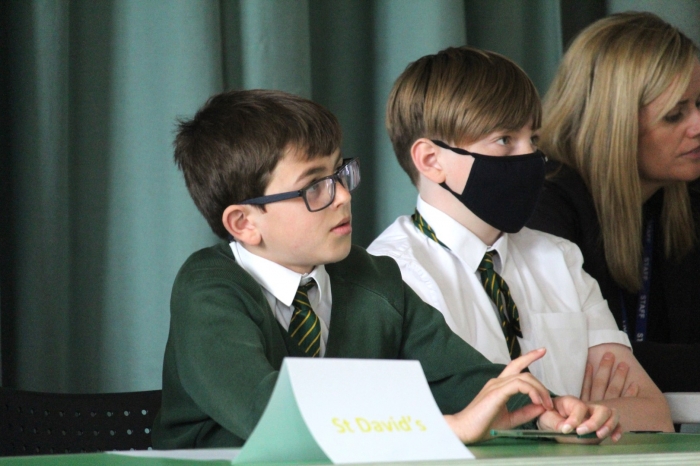 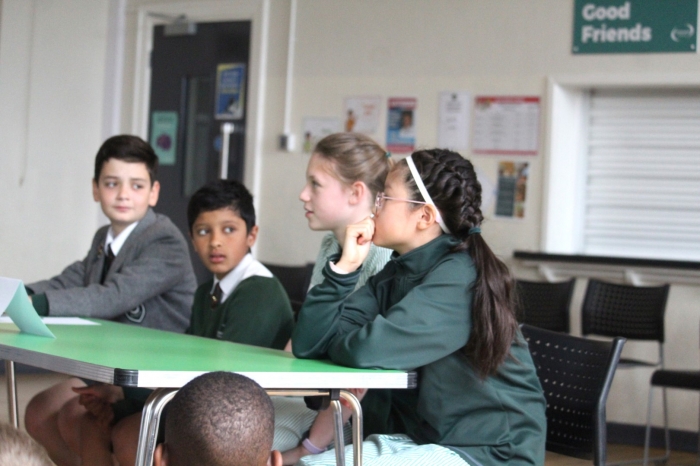 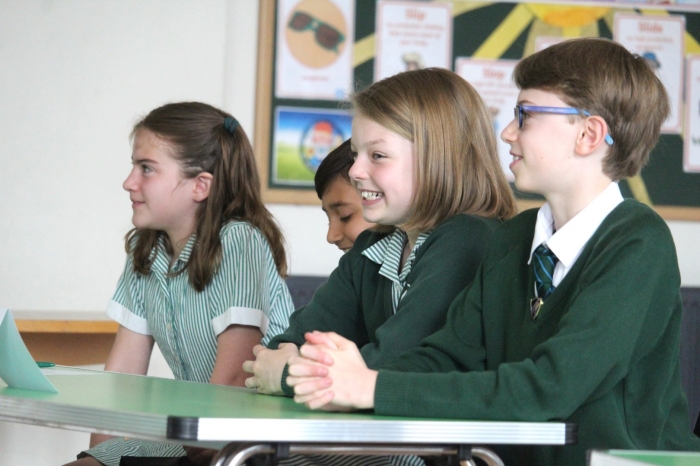 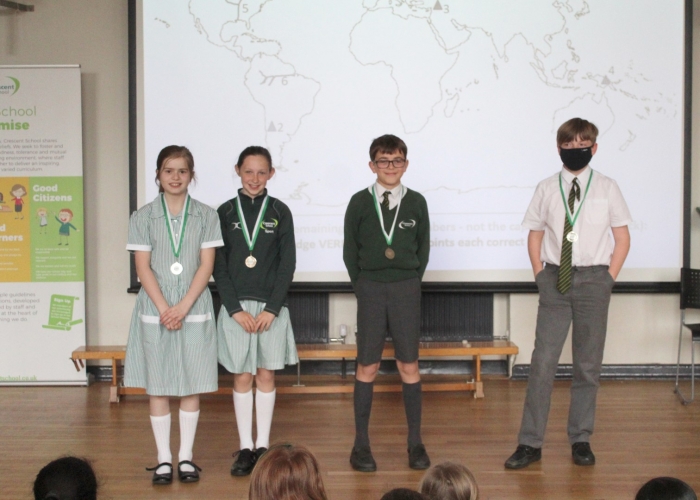 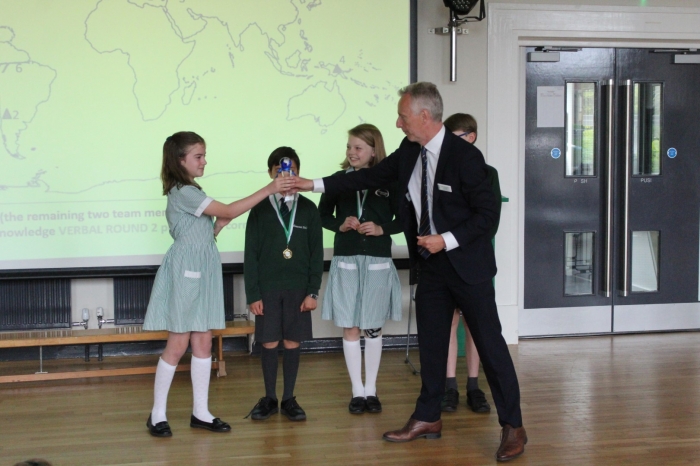 Pupils participated in review meetings for our 'Learning Mentor' initiative today, taking stock of the progress they have made. They met with the same member of staff and reviewed the academic targets they set for themselves at the beginning of the year. They have been regularly reviewing their progress against their targets in their classes but this was another opportunity to reflect on their progress, self-assess where they are now and where they want to be at the end of the year.

Our Learning Mentor programme gives responsibility for their learning to the children from Year 1 up to Year 6. Staff do not tell pupils if they feel they have achieved their targets, instead they guide pupils through their books, feedback, comments and reports. The initiative empowers the children and gives them the responsibility to strive to achieve their own set goals.

The sessions were very positive, and we look forward to the final review at the end of the school year. 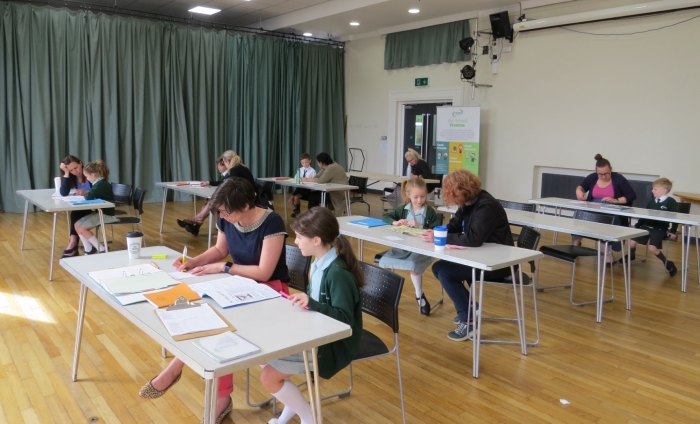 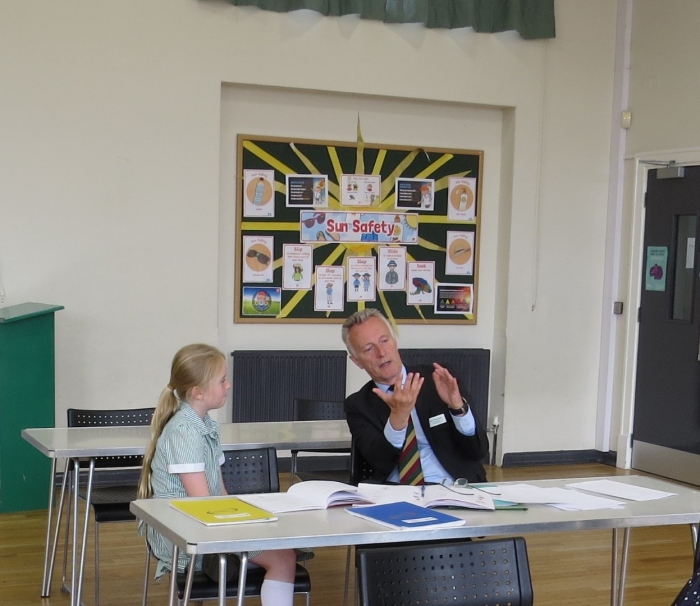 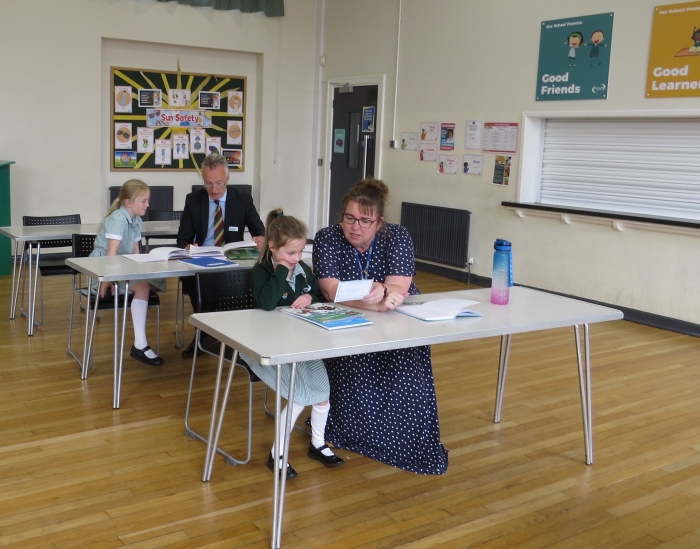 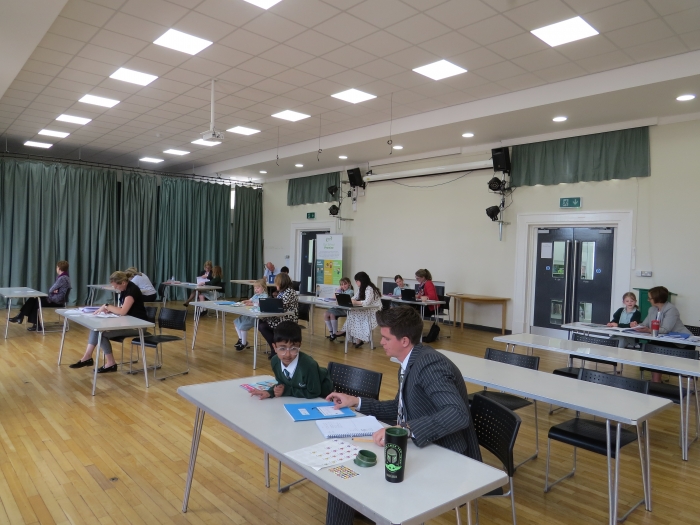 Year 6 delivered a Sun Safety Assembly to the whole school. They were all dressed up ‘sun safe’!

The assembly ended with the Slip, Slop, Slap Song, which the whole school had been learning in Hymn Practise.

We have also created two displays in the school. One is all about how to stay safe in the sun and the second is about UV monitoring – we have appointed a UV Monitor to change the figures daily.

All of this will lead to the school gaining Sun Safe accreditation. 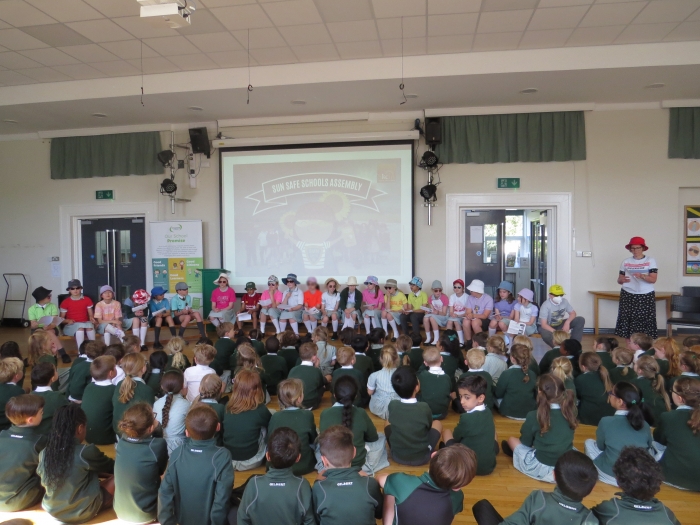 Today, Friday 13 May, you will be able to access your child's final Report on 'My School Portal'. Other Class reports will be published later this term.

Staff have spent much time gathering evidence and writing these reports to keep you informed of your child's progress, achievements and wellbeing in school. This is of course, the last report from Crescent before 6W leave us and we wish them well. We do hope you enjoy reading them and sharing comments.

A change to our reporting system allows you to access which Junior da Vinci awards your child has received, why and from whom. To do this a 'Rewards' tab will appear on your screen for each 'My child' tab and build up over the year. JDV totals are reset every year on 1 September. The attached screenshot illustrates this.

Class 6W did an excellent job at Open Evening this week when they toured our visiting prospective parents. They had been given some training by Mr and Mrs Webb and learnt how to welcome visitors, ask questions, answer questions and talk about all aspects of Crescent School.

We had great feedback from our visitors and they made us proud. 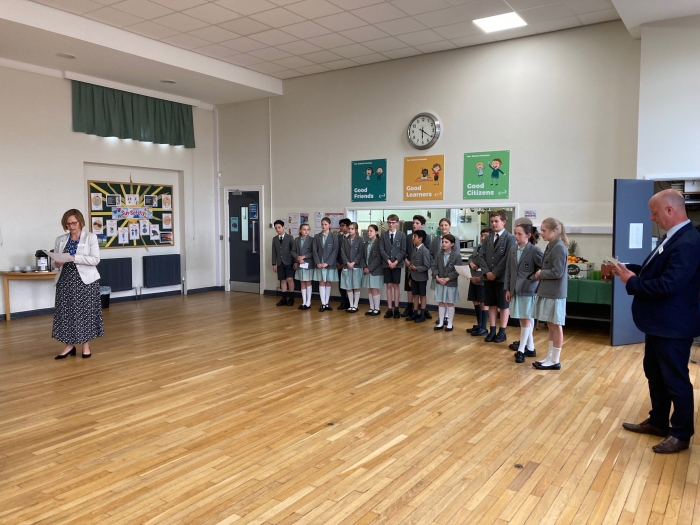 Class 6W children are reminded to bring in your money in a named purse/bag/envelope on Monday to Mr Adkins. Remember they need to be in £1 and £2 coins.

Any personal medicines or supplementary inhalers etc with the correct form stating dosage must be in on Monday too. Please give to Mr Adkins.

If you have any final questions, please get in touch. 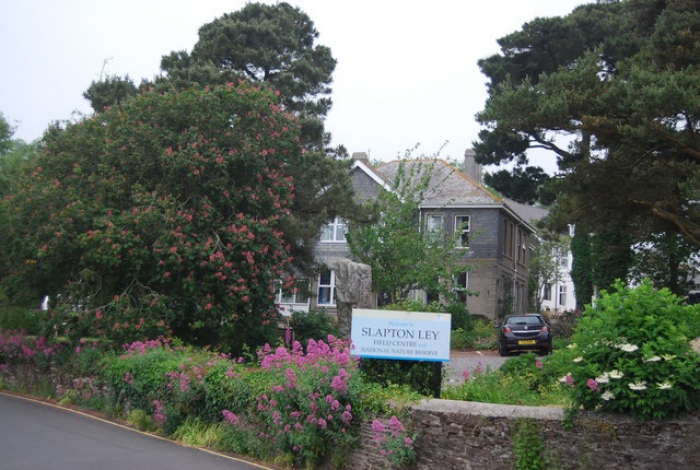