After all that super fundraising the Friends of Crescent were delighted to announce that together the children had managed to raise an astonishing £1742.80. A huge thank to all who have supported their activities.

Hope4 have been focusing on ‘Keeping Warm In Winter’ and have confirmed that they have earmarked our donation to keep the Hope4 Centre warm for their clients over the whole of next winter.

This week, the children in Key School have had to wrap up warm in the freezing cold wintery weather, especially when they posed in the playground for our grand total photo so they all appreciate just how beneficial our donation will be. 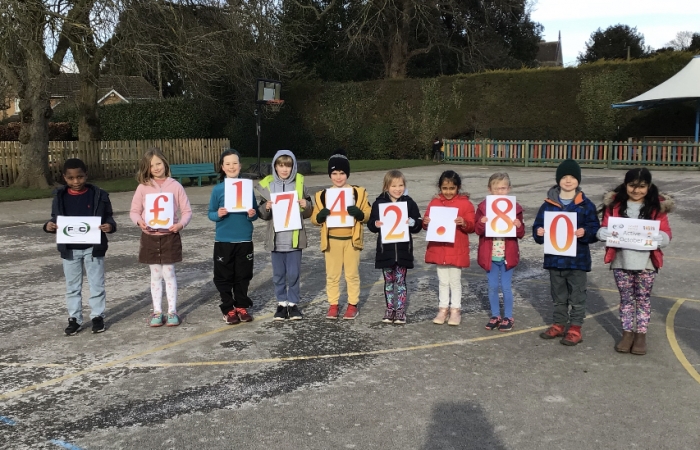 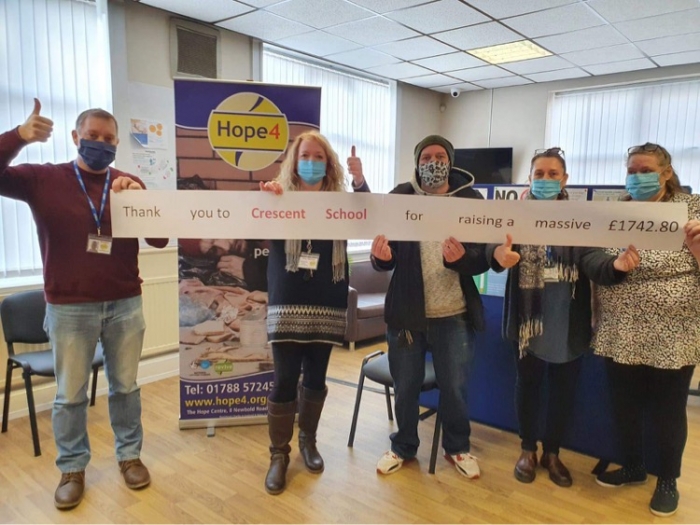 The owners of Pathfinders Day Nursery, which occupies a stand-alone building on the Crescent School site, have announced that they are closing the nursery with effect from Friday 2 April 2021. The business has been under sustained pressure during the pandemic and owners, Steve and Alison Dyke, who have leased the site since 2015, have reluctantly concluded that they need to close the nursery and will wind it down over the next eight weeks.

In the light of the fact that the Dykes have decided to terminate their lease on the nursery premises, the senior team and trustees of the Crescent School, have examined the options open to them and decided that the building currently occupied by Pathfinders would be best returned for use by the school, which has grown in pupil numbers since joining the Princethorpe Foundation in 2016.

Comments Joe Thackway, Headmaster, “We are saddened that the nursery has been so badly impacted by the challenges of the past year and understand the difficulties the closure will cause families and the nursery staff. We have excellent relationships with many outstanding local nurseries and will do whatever we can to assist families with finding alternative nursery provision.”

“By accepting the building back, we will have the opportunity to develop our campus further, particularly in terms of accommodation for Music, the Performing Arts and our Before and After School Wrap-Around Care.”

The building will be handed back to the Foundation at the end of June which will allow the school time to prepare properly for the start of the new academic year in September.

Following the announcement, the school hosted an online meeting on Thursday evening where Mr Thackway spoke to the Crescent community. He expanded on the news and talked about Crescent's outline plans for the building. Feedback on the evening included: 'I would like to thank the Crescent team for support and advice regarding options for current Pathfinders children' and 'My child is currently at Pathfinders and although I am very sad about the closure I actually really like these ideas for the school. I am very excited for the benefits for all children going forward.'

You can watch a recording of the virtual meeting here. 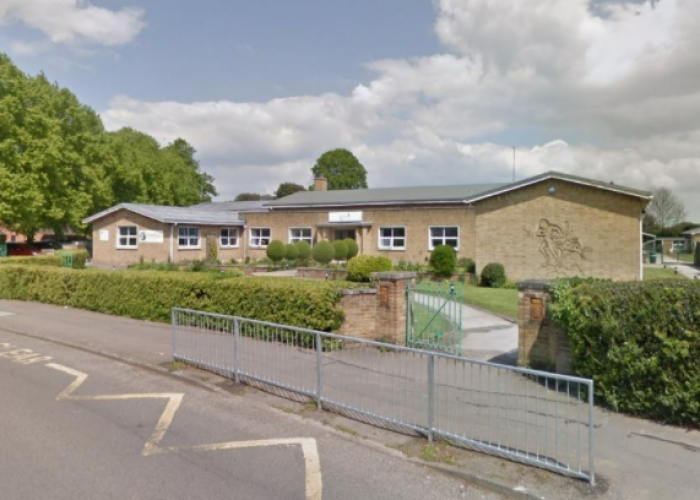 Reports for 5F are now available on My School Portal. These are mid-year reports covering September to now; other classes received their reports before Christmas.

The report schedule is a little different in Year 5 due to the transition meeting in the summer changing key dates around for reports and parents' consultations. We hope you enjoy sharing these thorough documents with your child as staff have spent time making sure they are an accurate reflection of effort and performance.

One point to highlight, the house points are for Michaelmas term only. Lent term house points have not been added to the system yet due to lockdown and Junior da Vincis are 'frozen'.

Super huge congratulations to Bryson in Year 4 who, we have just found out, came first in the Pairs Street Dance category in the UK Street Dance Championships. Bryson danced with his older brother who also won the Adult Street Dance Solo class. What a talented pair they are!

This year, because of the pandemic, the UK Street Dance Championships had to be held as an online competition. So, Bryson and his brother had to submit a video of their routines, abiding by all the rules that would have applied at a normal face to face event. Their routines were then judged alongside all the entrants and the boys’ performance earned them the gold medal.

Bryson competes in events all over the country. There are four qualifying events from which the top six qualify for the UK Street Dance Championships, so Bryson was up against a lot of competition. The boys danced to Dance Monkey by Tones and I and their routine was choregraphed by Bryson’s brother.

Bryson dances Street Dance, Electric Boogie and is now learning Breakdance and his Mum told us he has a tendency to dance whenever he hears music, even when they are out shopping! Bryson’s brother is the British Champion in all three styles so clearly Bryson would like to follow in his brother’s footsteps.

What an amazing achievement Bryson, your commitment to try your best is impressive. We were all delighted to hear of your fantastic success. 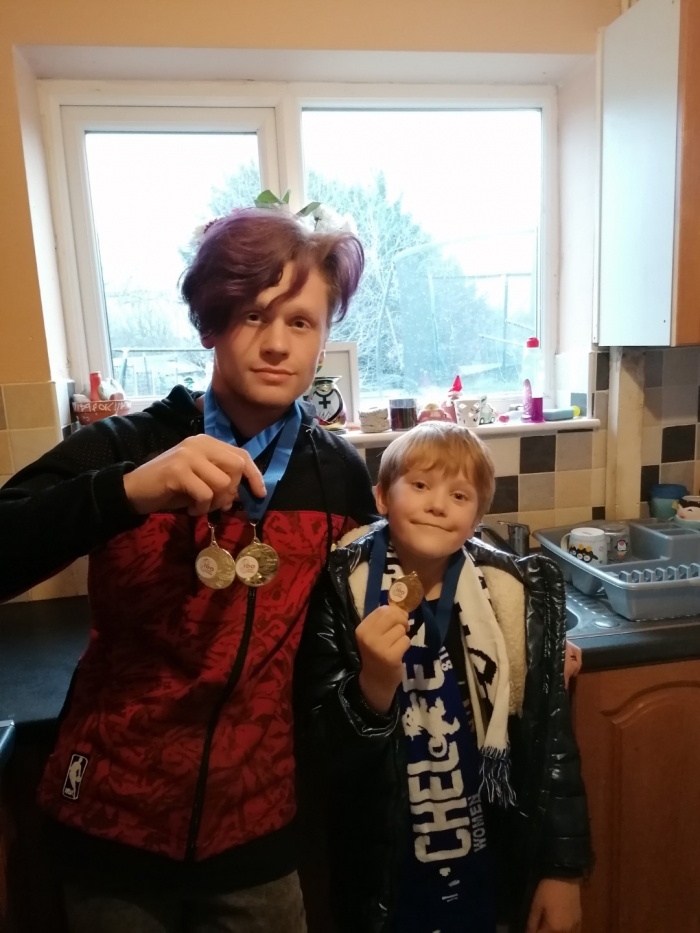 Year 3 Hattie has been busy helping her local wildlife. As well as clearing out last year’s nests from the bird boxes ready for spring and feeding the birds, Hattie also checked on the hibernating hedgehogs.

Hattie’s family foster hedgehogs for Warwickshire Hedgehog Rescue and check the rescue hibernating hogs, who have been poorly, to make sure they are staying well and healthy. You never disturb wild hibernating hedgehogs, just leave them be.

Hattie’s mum said, “The rescue hogs all get released back into the wild once they are well, up to weight and the weather is warm enough.”

For more information on the work of Warwickshire Hedgehog Rescue visit: warwickshirehedgehogrescue.org/ 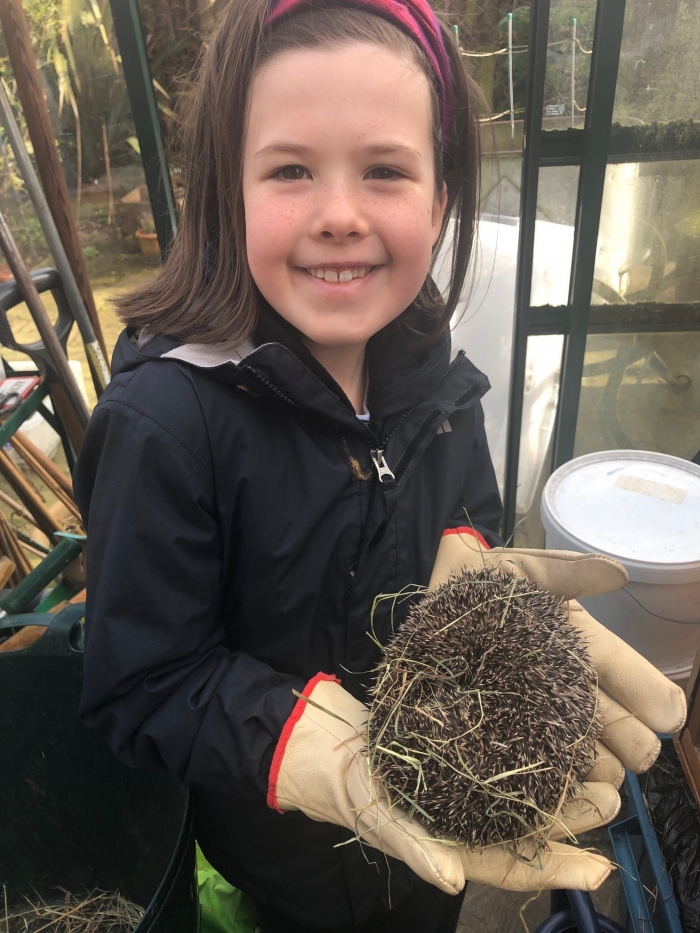 As we are not in school, we are still able to share your £1 voucher with you electronically, which you can then spend on a book of your choice.

Hunts Bookshop, our independent book shop in town, will be accepting these, more details to follow after half-term.

Click on the link below to see what books are available: 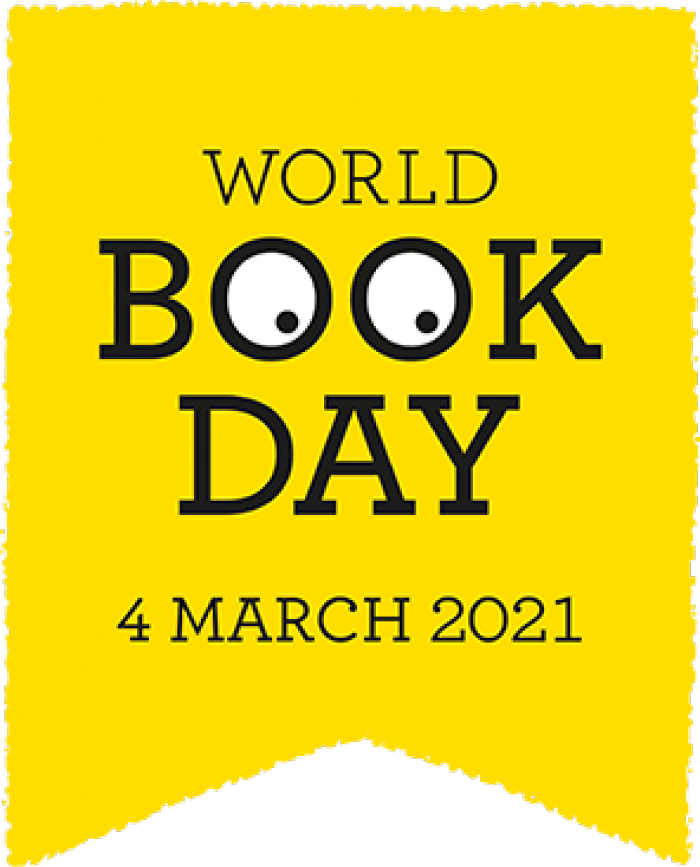 I really enjoy Shakespeare and I love the opportunity for others to enjoy his stories too.

The Globe Theatre is sharing some half-term workshops, which I thought some of you may enjoy.

Why not have a look? 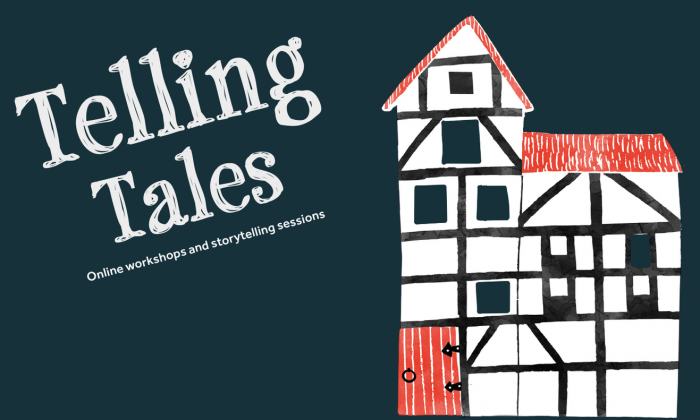 Theatre is something that we all miss, I thought I would share an opportunity that you may wish to safely experience. 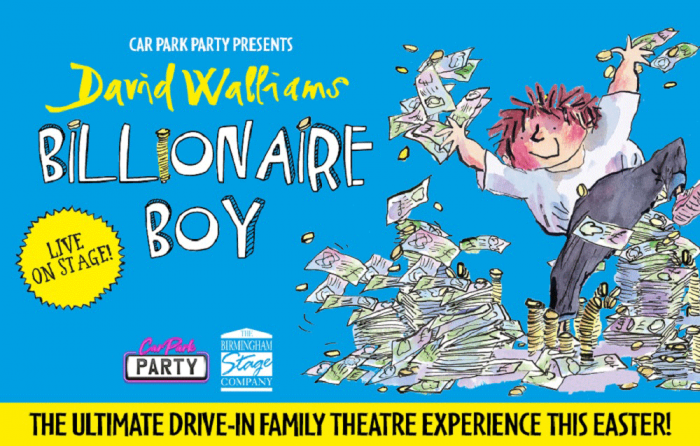 Our new Scholastic Book Club is up and running! Go to: https://schools.scholastic.co.uk/the-crescent/digital-book-club to browse the latest books and order online. For every £1 you spend on this month’s Book Club, our school will earn 20p in Scholastic Rewards.

Buying additional books for your children will undoubtedly give them more opportunity to read and the commission does make a difference to the books that we have for all children in school.

Please arrange for all orders to be delivered to your home address as we are respectful of the Lockdown rules of only travelling when necessary.

Accelerated Reading Quizzing Over Half Term

Quizzing will be available over half term for all those who wish to use it. I know I am planning to enjoy a book or two next week. 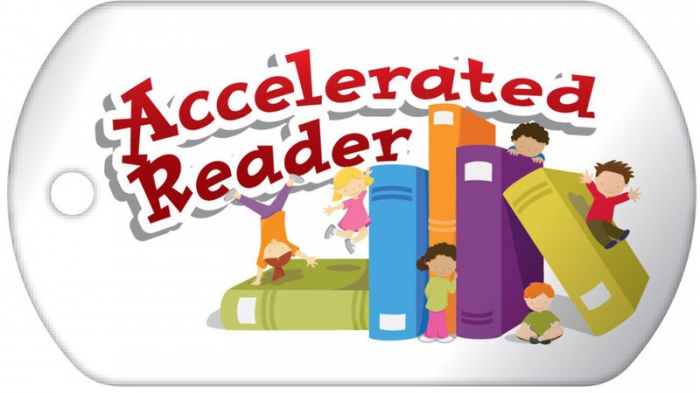 Assemblies play an important part in school life. They help us to come together as a community and share important messages and celebrate good news. They are also an engaging way to discuss moral and topical issues and promote the ethos of the school promise.

During the lockdown we will publish links to the school assemblies, for you to view at home. 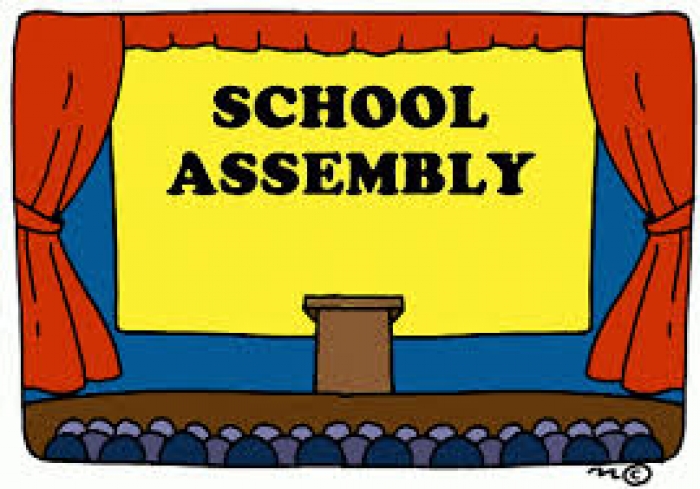